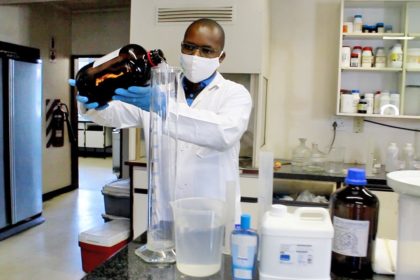 COVID-19 has sent shockwaves across the globe. The pandemic has created a state of panic among governments, health practitioners, world leaders, the business community and families. To prevent the spread of the corona virus, Governments and Health care professionals advocate for high standards of hygiene through adequate and reliable supply of potable water and access to safe sanitation services.  Thus, WASCO like other water utilities is expected to keep water flowing during the COVID–19 pandemic. It was not an easy sail to be an effective first line of defence when facing threats across multiple fronts, but through concerted efforts, the Company managed to supply customers with water.

“Do I have a team? I am asking, do I have a team?” The Chief Executive Mr. Futho Hoohlo, anxiously asks his newly constituted WASCO COVID-19 Rapid Response Team (WCRRT). The question was posed to this team to ensure that it will act swiftly and decisively as COVID-19 is a national crisis that is affecting the economy, customer behaviour and business continuity in an unprecedented way.

The CE is looking at a team that will win by ensuring security of water supply during the period, as well as business continuity. Thus, he did not want weak links but everyone in the team to be strong and versatile.  The CE is like a Coach in a basket ball team, and would never go for someone who says ‘I only dribble, I don’t shoot, I don’t defend, I just dribble.’’

The statement from the CE echoed in the team’s minds, and that’s what kept the team going, and the WCRRT set the tone among staff members. The team knows that success comes from each member having a distinctive yet complementary role. The leaders in the team, directors, played a pivotal role in ensuring the success of the team. Messrs Thelejane, the coordinator of the team is the backbone (operations); Tsikinyane, the humanitarian, ensures financial security; Jimson the strategist being the mediator; Makoa is not in the playing field but a thinker who assimilates information and cheers the team; while Hoohlo is in control of everything-a Chief Executive in many ways.

A key aspect that the team was to master is planning together. It is through such planning that the following documents were developed and used as a road map in the fight against the pandemic: Project Plan, Risk Assessment and Communication Strategy. Working together as a team was top of the drawer.  The team understands that for excellence to become a habit, each member needs to define a shared approach to working together. Thus, the individual team members would share roles amongst themselves and brainstorm on issues to be communicated to staff, customers and stakeholders in general, using various media platforms. Thus, in the absence of one team member it was not difficult to fill the role as members were all rounders. That’s where versatility as advocated by the CE comes into play.

An outreach programme was organised for all the operating centres. The main purpose was to educate employees on how to prevent the spread of the disease, measures to deploy health and safety measures, how to ensure reliable supply of water and sanitation services to the customers, risks involved during the period and mitigation measures. Moreover, customers and stakeholders in general were frequently highlighted on developments that the Company undertook. This was done through various media platforms.

Proper planning made it easy for the team to ensure that staff members, in particular the operations team, in all the centres are provided with freezer suits and other necessities. The masks, sanitisers (produced inhouse), gloves were also distributed in time with proper education on how to use them to curb the spread of the pandemic.  The team also made preparations to have a stockpile to last for a couple of months, such as chemicals for water treatment, spare parts and maintenance material.

Despite all these efforts, the major effect of the pandemic on WASCO was loss of revenue. According to the Director of Finance (DF)  Mr. Mangangole Tsikinyane,  WASCO had a collection  shortage of M11.3 million on average ( approximately 40% drop in revenue)  during the lockdown period that spanned from April to May 2020.  Tsikinyane further stated the main reasons being the closure of main cash offices and customer’s unwillingness to use alternative remote electronic payment methods (Mpesa, ECOCASH, EFT’s) but opting to wait for conventional platforms to be opened.  Other reasons that he stipulated, that led to this situation, were loss of income that befell customers, as a result of job losses and business closures in some sectors,  while other customers took mean advantage of WASCO’s decision not to disconnect defaulting customers as well as the inability of WASCO to carryout meter reading, hence producing estimated billing that were continuously disputed. WASCO further incurred additional costs during the period that include covering labour costs and providing adequate Personal Protective Equipment (PPE) to staff at a time when income had dwindled. Despite the efforts, there is still a reduced availability of these critical materials for operation due to travel restrictions.

To further execute its mandate and ensure safety for both employees working from office and home, WASCO COVD-19 Guidelines were developed. In developing the guidelines, WASCO was striving to ensure that the virus is not spread unnecessarily within its ranks through strict testing and employee logging regimes with the ultimate goal business and service continuity.

Teams do have their dynamics and face an increasingly set of challenges. WCRRT is not an exception. One of the major challenges experienced was breakdown in communication. The CE pointed out that the team did well in the beginning by setting up systems, procedures and guidelines. He further stated that the team did well as well as to communicate the message. “This is why our response to the positive cases, was swift and spot-on. What seems to be lacking is continuous follow ups to ensure compliance,” he said.   He stated that champions in different centres were required to drive this and report.  He further stated that if this continues, the Company run the risk of regressing and being hit by a second wave, and resurgence of COVID-19 cases.

His sentiments were echoed by Mr. Tsikinyane who stated that the team did well in the beginning but along the way some weak links were realised in communication when it came to decisions on procurement of goods.  Thus, the team had to go back to the drawing board and remember that, each of the team members had a unique talent and utilising it in decision making, is the best way for each member to achieve their individual goals.

To revive the initial energy as advocated by the CE, the Health and Safety and Risk functions jointly conducted the environmental scanning exercise across all WASCO operating centres in September. The exercise was to assess the level of compliance to stipulated COVID-19 pandemic controls. To this end, the outcome would be used to review the COVID-19 Risk Register and hence establish the current status of exposure to the virus. The reviewed risk register will be used as a yard stick upon which to advise the WASCO leadership whether to resume full scale operations or not.

This was and still not an easy journey. The hard part of it was also making team members to trust each other, and work as a team, as contained in the Corporate Values. The lessons learnt during the period is that we may have different experiences and views and compromise does not come easy, but we must respect and trust one another despite disagreements, and through this we saw the value the other brings to the table.

To this end WASCO is commended for its rapid response. It was amongst the first institutions to take action in the fight against COVID-19 by suspending its walk-in services and sending employees home a couple of days before the announcement of the national lockdown by the Government.   Hats off Team.  You ACE –IT! 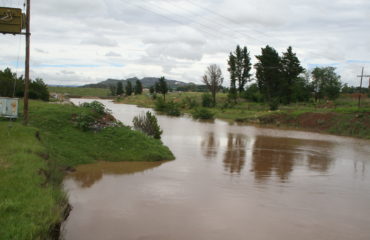 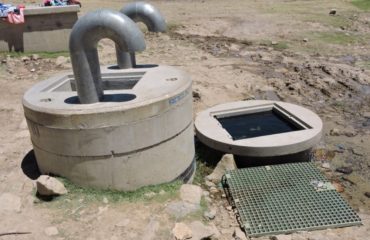