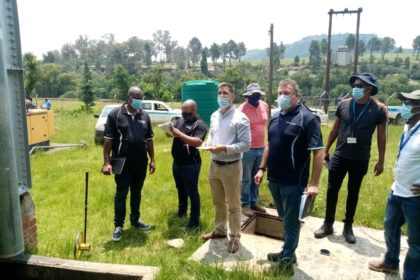 Maputsoe is one of the two industrial hubs of Lesotho and the second largest consumer of water after the capital Maseru. Water production capacity is insufficient to satisfy the growing demand as a result of industrialisation and influx of people into the urban centre. This shortfall has a negative impact on the supply of water to the Maputsoe industries and renders the factories unable to reach their production targets due to water shortages. Moreover, the unreliable water supply for domestic uses impacts negatively on the health and convenience of the communities relying on the said supply.  Notably, this has been a long-standing issue that was in the past addressed by some projects under donor funding such as Three Towns Water Supply Project.  Nonetheless, despite the said assistance, the supply shortages still continue hence the need for urgent interventions.

The current estimates for daily demands of potable water in Maputsoe is at 8ML per day against production of far less than 3ML. The dwindling supply which has been a problem for a long time has been a great cause for concern as likelihood of shutting down of these firms is high as a result of inadequate water supply. Employment of poor communities who rely mainly on factories is likely to drop significantly if this problem is not holistically addressed as a matter of urgency.

The town is currently served from the borehole system that traverse the town and located at specific areas as directed by the Department of Water Affairs (DWA). Efficiency of these boreholes both in yield and operation has, in the past, been inadequate hence the state the town is in at the moment. As mentioned, the town is growing at a very high pace and the demand has far surpassed our production capacity.

In order to address the worsening situation, WASCO proposed augmentation intervention measures that will address the current situation until the Lowlands Water Development Project (LWDPII) comes into effect in over 3 years as a long-term water supply intervention. The proposed intervention by way of a Package Water Treatment Plant, will be achieved through installation of a floating pontoon structure with two (2) pumps, the pumps will then supply the pre settling tank which will in turn supply the package plant. This proposed system will then deliver water to the existing reticulation system.

On 20 January, 2021 a project kick-off meeting was held at Maputsoe Ha Moholisa WASCO treatment works. The meeting served as the introduction of the contractor to site and for initial data collection for the project. The Contractor is ImproChem trading as AECI Water, with Likakapa Construction as the sub contactor. On his remarks Mr. Moeti Makoa highlighted his excitement as the project is finally kicking off, he urged the contractor to work in harmony with the client and the community. Mr. Rinus Van Der Linden expressed their gratitude to WASCO for having been entrusted with such a task, he went further to express that the project is an opportunity for them to explore other means of water extraction which they do not normally do. Mr. Sam Makatse, member of WASCO Maputsoe Water Committee said the project is music to their ears as finally WASCO is responding to their need. The meeting also marked a transition in the project leadership as Mr. Lehlohonolo Ncheke handed over the reins of Project Manager Mr. Koali Lerotholi. 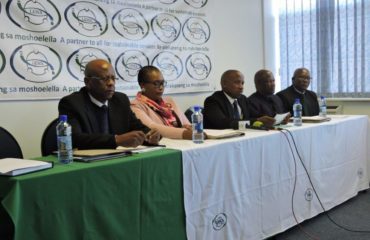 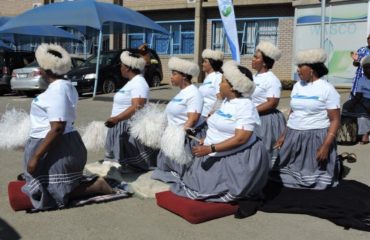