As a means to align the company with the world`s trends, WASCO female employees – “WOMEN” also celebrated and recognised the African Women’s day in a special way. The WASCO Female Management team in collaboration with their female staff, marked this month with a half day commemoration where there were Sesotho Female Traditional Dances such as “Mokhibo” and other modern dances. This event was held at WASCO Headquarters on Friday the 23rd of August 2019 from Midday till closure of the business day.

On behalf of WASCO and as a female Manager, Ms. Ntšiuoa Seala said that the purpose of the event was to acknowledge the importance of the Women at WASCO as the work environment. Most importantly, the intention is to remind all women of what is expected of them, “we celebrate this day to make all WASCO WOMEN feel that WASCO truly cares for ladies serving this company,” said Seala. She added that, the Company wants to pride itself for engaging female workers though WASCO is a male oriented institution.

In his opening remarks the Chief Executive Mr. Futho Hoohlo and a guest of honour, reminded the WASCO women of the Sesotho expression that says “Mosali o tšoara thipa ka bohaleng,” loosely translated to that a woman would go to any length in protecting her child. He also cheered them up and said they must regard themselves as the most important assets for the company and for their families. “Ladies you look so beautiful today, botle bo tjena ha ke so bobone,” says Hoohlo quoting Buddazha Mapefane`s popular song. Hoohlo encouraged WASCO women to regard themselves as life givers to their respective families and of which is why WASCO is celebrating and recognising them as the most important assets. He is however concerned of the numbers of females in the Management of WASCO “out of seven officers in the Executive management only one is a female while of the 25 heads of departments seven are women,” he exclaimed. Hoohlo is of the contention that WASCO should ensure equal participation of women in the decision- making positions and he says the upcoming five-year strategic plan should address the issue of Female Leadership Empowerment in the work place.

From the motivational point of view, WASCO female Management deemed it fit to also add some flavour for the event by inviting the popularly renowned female movement

activist Mrs.Rebecca Makhalemele from Ifo Lapeng. She encouraged WASCO women to stand up and strongly say NO to women who let other women down with their behaviour. “A woman has a potential to build and destroy anything in life with their tongues,” says Makhalemele. However, for unity of women at WASCO, Makhalemele advised WASCO women employees to boldly confront those women who use their female negativity to destroy others. She is of the view that WASCO women will be celebrating accomplishments of women in 2020 and it will be a year to assess strides made by women in the improvement of the Company. 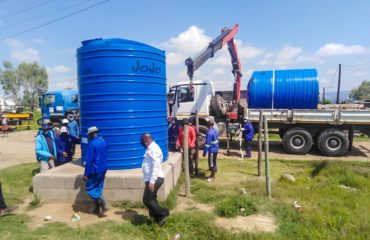 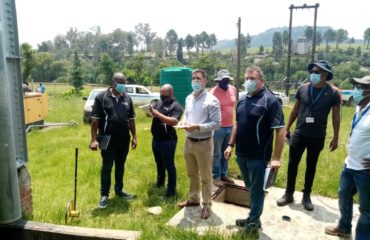